Malami Calls for Collaboration Between States and Federal Government

The Attorney-General of the Federation, Abubakar Malami, has called on all states’ Attorneys-General to collaborate with the federal and state governments to ensure an efficient justice system.

Malami made the call during a deliberation aimed at developing synergy between the two tiers of government.

He harped on the need to evaluate the factors obstructing synergy in the administration of justice. 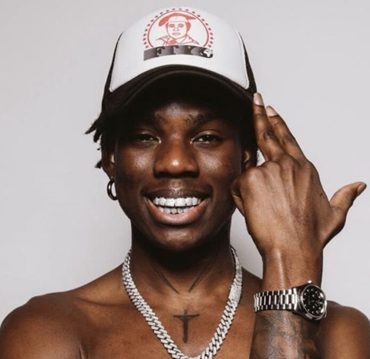 Rema’s ‘Calm Down’ Tops Chart in the Indian Music Industry

Rema's 'Calm Down' tops the chart in the Indian Music Industry as it begins 2023 as the number 1 song in India. The smash hit remix featuring Selena Gomez tops the chart that has Sam Smith, Chris Brown, and Glass Animals in the top 10. Appearing at NO. 2 is 'Until I Found You' by Stephen Sanchez and Em Beihold, Sam Smith and Kim Petra's 'Unholy' enters at NO. 3, 'Dandelions' by Ruth B is NO. 4, and 'Under The Influence' by Chris Brown rounds off the top 5.