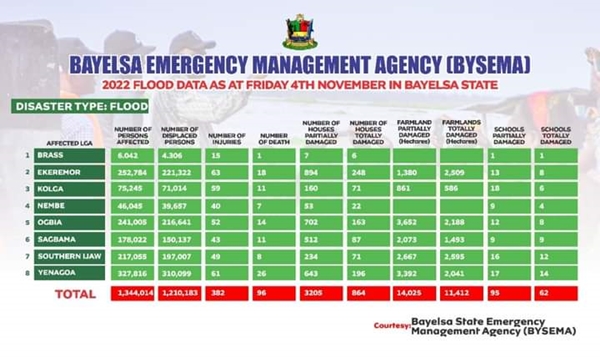 Bayelsa State Emergency Management Agency, BYSEMA, has revealed that at least 96 persons lost their lives and over of 1 million persons affected by the devastating flood in the State.

This was contained in a statement signed by the State’s SEMA Chairman, Walaman Igrubia, on Monday.

The statement stated that the heavy flood affected a number of farmlands, school buildings, health structures and other facilities.

It noted that the preliminary reports and data available to SEMA and other agencies indicated that the State remains the most flood impacted among States. 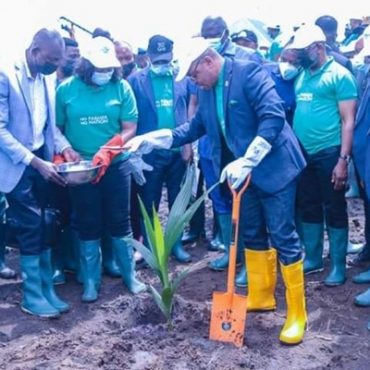 Akwa Ibom State government has put machinery in place to ensure that it meets the two million per day refining capacity of Coconut Refinery by December this year. The state commissioner of Agriculture, Offiong Offor, gave the assurance while speaking with newsmen in the state. Ofor disclosed that more than one million hybrid seedlings had already been planted in the last six years at various locations in the state in […]