Nigerian Army officers that compulsorily retired in 2016 have rejected an offer to convert their disengagement to voluntary retirement.

One of them, Danladi Hassan, who appeared before the House of Representatives Committee on Public Petitions,

insisted the Army obey the Court of Appeal order to reinstate him with full benefits.

The affected officers were nine Major Generals, 11 Brigadier Generals, seven colonels and 11 Lieutenant Colonels.
At its last sitting, the House told the authorities to put their position in writing and present it at the resumed hearing. 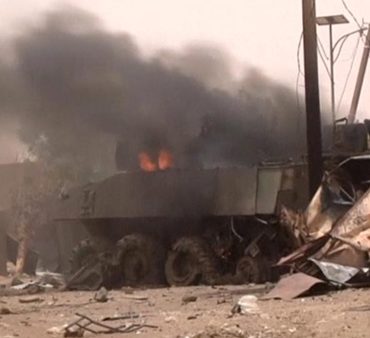 At least 11 people were killed and 53 injured when a bus hit an explosive device in central Mali on Thursday. According to a hospital source the explosion occurred on the road between Bandiagara and Goundaka in the Mopti area. Earlier, police and local sources gave a provisional toll of 10 dead and many seriously injured. For more than a decade, Mali has struggled to contain activity by armed rebel […]