The Senate has adjourned plenary till next week to allow lawmakers campaign for the forthcoming elections.

Senate President, Ahmad Lawan, announced that after the week’s work, they would suspend plenary for the sake of elections.

Lawan noted that the Senate might suspend activities this week if it can deal with urgent issues requiring its attention so it does not have to sit next week.

The senate had just resumed plenary from a three-week break after it adjourned plenary on December 28, 2022. 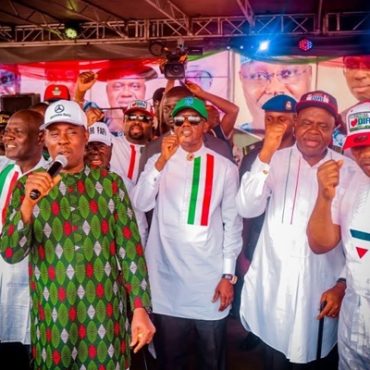 Bayelsa State Governor Douye Diri has pleaded with aggrieved members of the People’s Democratic Party in court over the outcomes of the party primaries to sheath their swords. Diri, made the plea at the Bayelsa Central campaign flag-off held in Yenagoa, the state capital. He implored the aggrieved members to use internal mechanisms in the party to resolve disputes. The Governor harped on the need for members to sink their […]