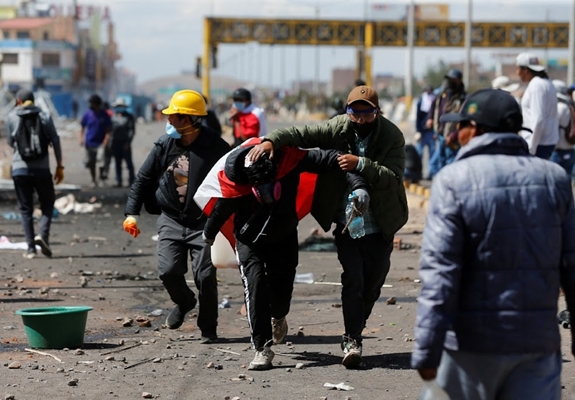 At least 17 people have been killed in clashes in southern Peru after protests demanding the release of jailed former President Pedro Castillo resumed.

According to the country’s human rights office, it was the highest death toll since the unrest began in early December following Castillo’s removal and arrest.

Castillo is serving 18 months of pre-trial detention on charges of rebellion, which he denies.

His successor, Dina Boluarte, has supported a plan to push up to 2024 elections for president and Congress originally scheduled for 2026, she has also expressed support for judicial investigations into whether security forces have acted with excessive force.

The Federal Government has said it is maintaining vigilance at the nation’s entry points to prevent a fresh outbreak of COVID-19 in the country. Minister of Health, Osagie Ehanire, made this known at the Ministry’s ministerial press briefing on COVID-19 and other developments in the health sector. Ehanire revealed that the ministry has met with the World Health Organization and the Embassy of China to review the resurgence of COVID-19 […]