The Federal Character Commission, FCC, is set to begin nationwide infrastructure audit for ongoing and abandoned projects in the country.

Chairman of the commission, Muheeba Dankaka, made this known at a sensitization programme for stakeholders in the South South zone, held in Calabar, Cross Rivers State Capital.

Dankaka revealed that the action is in line with ensuring the spread of infrastructure.

The Chairman noted that interactions with MDAs over the years have recorded considerable level of acceptance and compliance with the FCC as regards to distribution of bureaucratic posts. 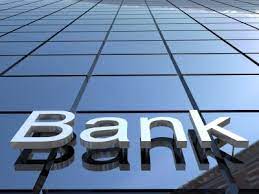 Bank customers have raised alarm over the high rate of unauthorized debits and charges from banks. Speaking with Boss Radio News, a business man, Okodua Simeon, narrates his ordeal with his bank and describes the act as a criminal act. Also speaking, an Academia, Friday Mbamalu, urges the government to checkmate banks to help curb the menace. Godwin Orji and Donatus Ibedu have this to say!