The National Identity Management Commission, NIMC, has revealed that some suspects arrested by the Nigerian Army in Niger Republic, reportedly enrolling Nigerians for the National Identification Number, are impersonators and not officials of the Commission.

Director-General of the Commission, Aliyu Aziz, made the revelation in a statement issued to newsmen.

The statement noted that the arrested suspects were fake, urging the public not to regard them as the NIMC officials.

Recall that the Defence Headquarters, had on Thursday, said its troops arrested suspects posing as officials of the NIMC in order to register and enroll foreigners in Niger Republic for the NIN. 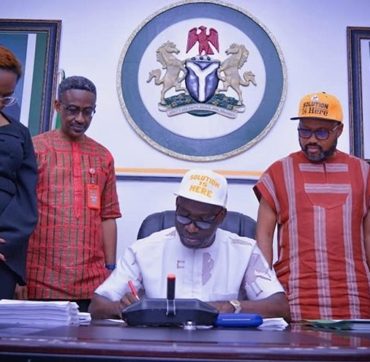 Anambra State Government has ordered the immediate suspension of operations of all casinos and gaming centers in the state. This directive was contained in a statement jointly signed by the Commissioner for Culture, Entertainment; Tourism, Donatus Onyenji, Chairman of the State Internal Revenue Service; Richard Madiebo and the Commissioner for Homeland Affairs, Chikodi Angra. The statement noted that the order followed alleged fraudulent and criminal activities observed in their operations. […]