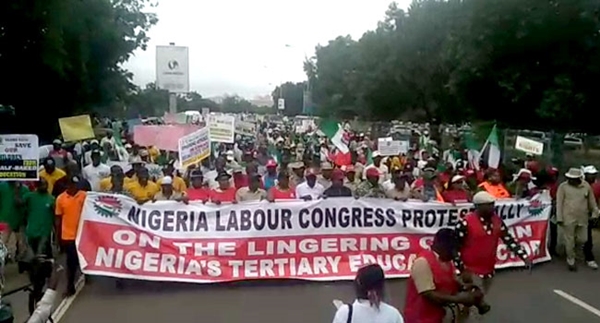 The Nigeria Labour Congress has continued its protest in Abuja on Wednesday over the prolonged strike by university workers across the country.

The protest had members of NLC leadership and leaders of various affiliated unions converged at the Unity Fountain Abuja.

Addressing the crowd, President of the union Ayuba Wabba criticized the Federal Government for paying lip service to education and the welfare of workers in the tertiary institutions.

This comes a day after a similar demonstration held in various states of the Federation, except in the Federal Capital Territory. 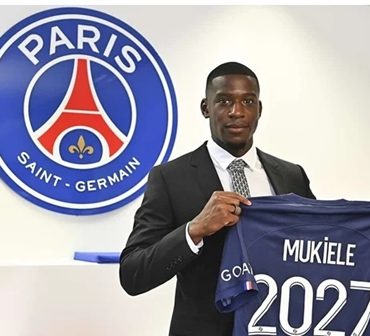 Paris Saint-Germain has confirmed the signing of France Defender, Nordi Mukiele from RB Leipzig on a five-year deal. PSG, however, did not reveal the fee for Mukiele but reports claimed they have paid between 10-15 million euros $10.12-$15.18 million. Mukiele is the French Champions’ third summer recruit after Portugal midfielder, Vitinha and young French striker, Hugo Ekitike.