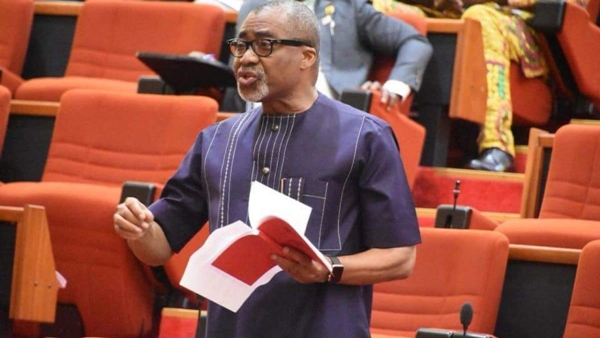 The member representing Abia-South Senatorial District, Enyinnaya Abaribe, has dumped the People’s Democratic Party and resigned as the Minority Leader in the Upper Chamber of the National Assembly.

Confirming his exit, Abaribe issue a separate letters to the Ward Chairman of the People’s Democratic Party in Obingwa Local Government Area of the State and to the Senate President in the National Assembly.

The letter cited illegality, impunity and undemocratic decisions as reasons for his decision to dump the Party. A Federal High Court sitting in Yenagoa has ruled that former President, Goodluck Jonathan is eligible to contest the 2023 Presidential election. In his ruling, the presiding Judge, Isa Dashen, held that Jonathan, who lost the 2015 election, could still vie for the highest Political office in the Country. Justice Dashen, however, ruled that Jonathan’s right to contest for the office of President cannot be stopped by any retroactive law.