The Nigerian Meteorological Agency has announced that rainfall is expected to be earlier than normal in most parts of the country.

Minister of Aviation, Hadi Sirika disclosed this while outlining some of the rainfall predictions at the 2023 Seasonal Climate Prediction event in Abuja.

Sirika stated that the rainfall onset date is expected to become established in early March from the coastal states of Bayelsa, Rivers, and Akwa Ibom; in April for the inland states of the south; in May around the central states and around July in the northern states.

The Minister added that parts of Katsina, Zamfara, Kano, Jigawa, Yobe in the north, while Cross River, Ebonyi, Imo, and Rivers in the south are likely to experience a delayed onset. 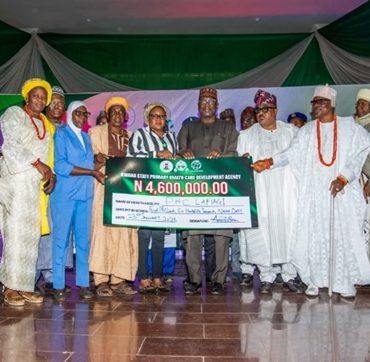 Kwara State Governor, Abdulrahman AbdulRazaq, has reiterated his administration’s commitment to improve primary health care delivery in the state. AbdulRazaq made this known at the official flag-off of a health care program funded by the World Bank. He noted that the program would help to deepen access to primary healthcare services. The governor assured that his administration’s commitment to the program underscores its focus to ensure universal health coverage for […]