The Independent National Electoral Commission, INEC, has extended the deadline for the collection of Permanent Voter Cards.

A statement issued by the Chairman, Information and Voter Education Committee, Festus Okoye, announced January 29, 2023 as the new deadline for the collection of PVCs.

The statement noted that the extension is to ensure that registered voters have enough opportunity to collect their PVCs ahead of the elections.

It added that the commission was investigating the allegations of extortion against some of its officials, assuring that anyone found culpable would be sanctioned. 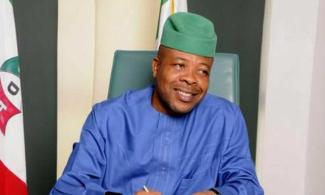 Imo state Chapter of the Atiku/Okowa Presidential Campaign Management Committee, PCC, has accused Emeka Ihedioha of frustrating the campaign council. A statement issued by the State Director of the PCC, Greg Egu, said nominees of Ihedioha, had failed to attend three previous meetings of the committee. The statement warned Ihedioha to desist from unilaterally cornering a meeting of his selected nominees in his residence in the name of Imo PCC. […]